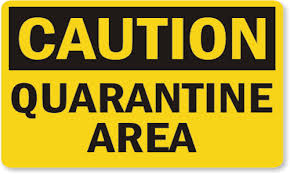 To date, we have had hand, foot and mouth, slapped cheek, two ear infections, an allergic reaction to antibiotics and what feels like a 7 month long cold, all of which she has had since joining nursery. That doesn’t mean its a bad nursery, or that cleanliness levels in our house are bad (please, anyone that knows me knows I’m a germophobe; from 8 months our daughter has been mimicking the hoover as she has seen and heard it that many times!), its just a normal part or moving to nursery and actually, in the case of many childhood illnesses its better to get them now than when you are older.

So, how do you get through it? Once you have seen that rash/runny ear/poorly tum and had that diagnosis from the doctor, how do you deal with it?

For illnesses where she isn’t well enough for nursery, or their policy dictates that she is contagious and can’t attend, we create a cuddle zone on the sofa with pillows and blankets and if she wants to sleep on me, she can. She is past the stage of needing sleep crutches and getting into bad habits now and actually, I really enjoy the cuddles…. Knowing your toddler still needs you to wrap them up and hold them like a baby sometimes is a mummy’s perk. And when she is ill, it doesn’t seem to matter how much she sleeps during the day, she still wants her night-time sleep.

As for food, no chance! She won’t even entertain the idea. Well, unless its chocolate or a tangerine. And yes, I’m a soft enough touch that I will give her chocolate, but hey what works works and I would rather she eat that than nothing!
And after the illness? I clean everything. Everything gets washed. Everything gets antibacced. Cuddly toys get a ride in the washing machine. And the carpet gets cleaned. It might seem excessive but its a paranoia about the germs lingering.

The scariest thing we have had was an allergy to an antibiotic that puffed her face up and covered her head to toe in a purple rash. It came on so quickly; she went to nursery fine that morning but an hour or so later I got a phone call to tell me that all of a sudden she was rashy, blotchy and had a fever of 39.8. Of course I left work immediately and rushed to fetch her. I remember shouting at myself to calm down in the car on the way to the doctors with her. I don’t think I have ever been so grateful to anyone than that doctor; she got some fluids in her to try and bring her temperature down and was able to say straightaway what was wrong and give us something to fix it.

For a parent, there is nothing worse than seeing your child in pain or feeling poorly and not being able to take it away. All you can do is be there to comfort them.

Thankfully so far (and touch wood) – we seem to have escaped the bad illnesses. I know I can’t keep her wrapped up in cotton wool but it is so tempting…..

7 thoughts on “Childhood illnesses and the never-ending cold”